An island of enchanting contrasts, Aruba is blessed with turquoise waters, radiant beaches and prevailing trade winds ensuring a near perfect climate all year long.  Aruba lies just 18 miles off the coast of Venezuela and covers an area of 70 square miles; 20 miles at its longest and 6 miles at its widest. Visitors to this Dutch-influenced island paradise will experience a dramatic juxtaposition of cactus-clad desert hillsides, a Dutch windmill and world-class resorts with palm-fringed beach fronts.

Oranjestad is a small and cheery capital with candy-colored Dutch architecture. Every day, large cruise ships pull into its port and hundreds of passengers flood its street. Oranjestad has plenty of tourist-oriented offerings to keep visitors entertained. Splurge in the malls and diverse shops, stroll the sunny waterfront boulevard and explore its past at interesting museums.

Prior to the arrival of European explorers, Oranjestad was just a small fishing outpost used by the Arawak Indians. Spanish explorers arrived in the late 15th century and it was later colonized by the Dutch in the mid-17th century. With the exception of a brief British interlude, it has remained under Dutch control to this day.

Delve into the past at Fort Zoutman, the oldest building on the island. This defensive fortress was built in 1798 and was designed to protect the city from pirates. Be sure to see the Willem III Tower, once a lighthouse, and the Historical Museum, which houses a permanent exhibit tracing the history of the island. For a look at the island’s pre-colonial history, stop by the National Archaeological Museum of Aruba.

Take a walk down the waterfront L.G. Smith Boulevard, where shops, restaurants and busy marinas dominate the scene. Just a few blocks inland, Main Street offers more shopping opportunities, with everything from independent boutiques to internationally recognized luxury brands. For a shopping experience with more local flavor, go to the Flea Market near the harbor, where locals barter at open-air kiosks selling everything from fresh fruit and vegetables to fish.

Recharge at the Queen Wilhelmina Park, where manicured lawns look out over fishing boats bobbing in the water. Nearby beaches, including Druif Beach and Manchebo Beach are good for sunbathing and swimming. Wait until evening to check out the elegant Town Hall, also known as Stadhuis, which is lit up after dark.

If you are traveling from the west coast, plan on leaving as early as 7 a.m., or take a red-eye flight to Miami, Atlanta, or New York and connect from there. Coming from New York, you can expect to travel approximately five hours, from Atlanta or Miami it can be approximately three hours and as long as eight hours from Seattle. In any case, plan on leaving early or on a red-eye flight from the West Coast.

Fifteen miles off the Venezuelan coast, Aruba draws visitors year-round thanks to its consistently sunny weather, low humidity, and constant tradewinds that sculpt its divi-divi trees. Colorful marine life and coral reefs mesmerize divers while jewelry stores in Oranjestad, the capital, have the same effect on shoppers. After dark, the action shifts to the lively nightclub scene and hotel casinos, with their Vegas-style shows.

Diving: There are 42 major dive sites around the island, showcasing shipwrecks and coral formations.
Windsurfing: Constant trade winds make Aruba one the world’s best locations.
Hiking/nature trails: More than 20% of the island is a national park.

We can arrange convenient and comfortable transfers at the time of booking. You will be met at the airport and taken to your hotel via taxi or shared transfer. In some locations, a private car transfer can be arranged to avoid the stops. We can also arrange friendly and fast car-rental service on many of the Caribbean Islands; with an availability of the most popular car rentals, from convertibles to minivans to four-wheel-drive jeeps. Be prepared to drive on the left side of the road on many islands.

While traveling in Aruba we recommend

Private transfers at time of booking – Most private transfers include a meet-and-greet by English-speaking drivers, luggage assistance, and bottled water in modern vehicles.

A valid passport is generally required for entry into the Caribbean and return to the United States.
Some countries may also require you to present a return airline ticket.
It is the traveler’s responsibility to obtain the proper documents.

Manage Cookie Consent
To provide the best experiences, we use technologies like cookies to store and/or access device information. Consenting to these technologies will allow us to process data such as browsing behavior or unique IDs on this site. Not consenting or withdrawing consent, may adversely affect certain features and functions.
Manage options Manage services Manage vendors Read more about these purposes
View preferences
{title} {title} {title}
Go to top
Close

No products in the cart.

Your wishlist is currently empty. 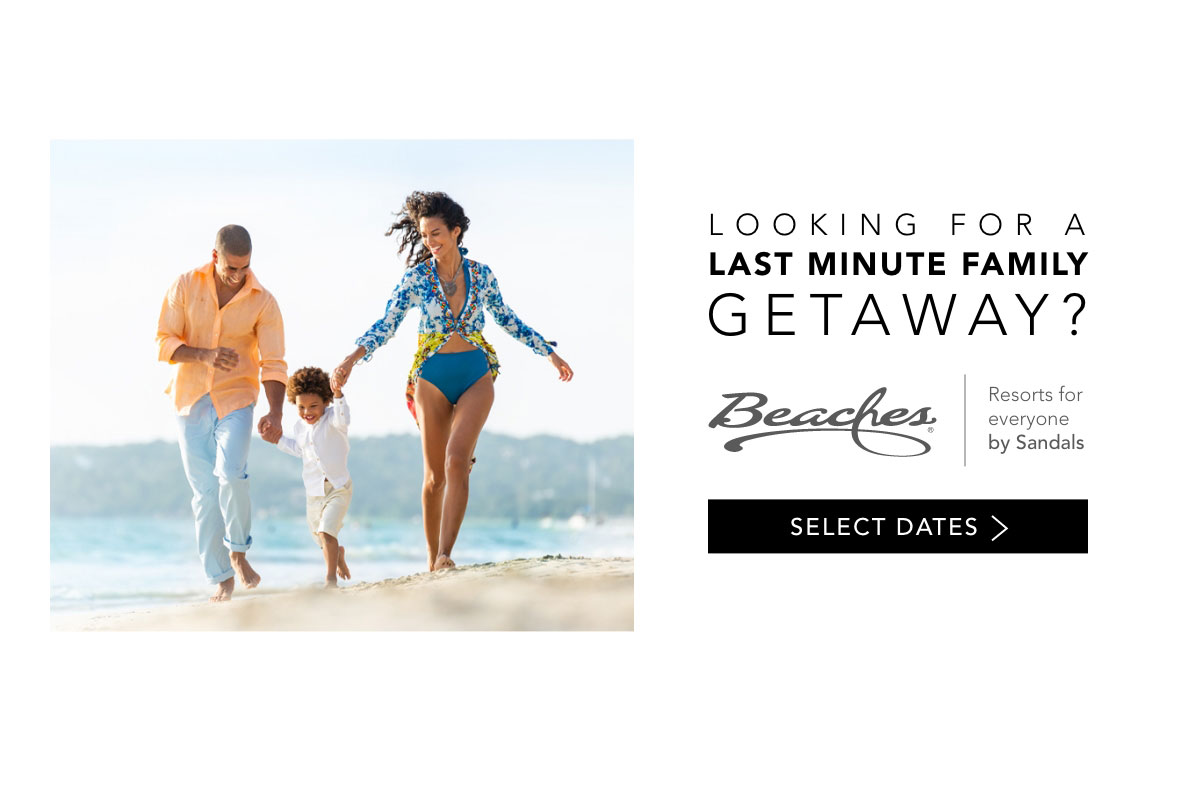 Save BIG with Beaches® all-inclusive vacation deals: Save up to 65% on Beaches® Resorts, Group specials, Last-minute deals and 1 Free Night 7-7-7 Savings. Book  beaches Resorts Online & Get $25 Credit Get up to 65% - Book today!